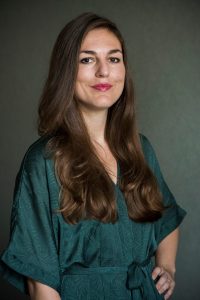 Brenda Stoter is a Dutch journalist who writes about the Middle East. Her articles have been published by Al Jazeera, Middle East Eye, The New Arab, The Telegraph, and Al Monitor as well as featured in Dutch/Belgium newspapers and magazines, including Trouw, Algemeen Dagblad, Opzij, De Tijd, MO*, and De Groene Amsterdammer. She has master’s degrees in sociology and in media and journalism from Erasmus University in Rotterdam. Her second thesis was about the Iraq war in the media.

Brenda also works as a fixer and translator in The Netherlands, and writes a weekly column for the Dutch daily Algemeen Dagblad. 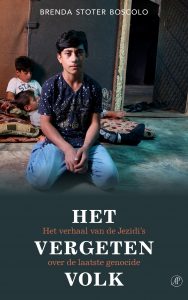 the region of Sinjar in northern Iraq. Their aim was to systematically exterminate the Yezidis, an ethnic minority with its own ancient religion and culture. The men were murdered while the women and girls were sold into slavery; sons were forced to become child soldiers and the youngest children were sold to ISIS families. Brenda Stoter Boscolo travelled to Iraq to write about the Yezidi genocide. The book is written in Dutch. You can order it over here: https://www.singeluitgeverijen.nl/de-arbeiderspers/boek/het-vergeten-volk/

You can support her work over here: