Terrorists turn month of peace into time for war

For most Muslims around the world, the month of Ramadan marks a period of fasting, abstinence and contemplation. Besides a month for spirituality and reflection, Ramadan is also a month in which extra attention is paid to tolerance, generosity, charity and solidarity.

For some, however, the concept of “holy month” also carries a more violent meaning. Extremist groups such as the Islamic State (IS)— but also groups such as the Taliban and al-Qaeda — perceive Ramadan to be a month of jihad and martyrdom, a month in which Allah rewards his believers with paradise and victories on the battlefield.

On June 23, IS spokesman Abu Muhammad al-Adnani issued a Ramadan statement in which he urged IS followers to attack Christians, Shiites and Sunnis fighting with the US-led coalition against IS.

“O soldiers of the Islamic State everywhere. These are the battlefields before you, these are your arms and here is Ramadan,” Adnani said. “The enemies of Allah are in front of you. Attack them everywhere. Make the earth shake beneath them. … Make this a month of victories for Muslims everywhere and make it a month of disasters, defeats and disgrace for the kuffar [infidels] everywhere.”

This call for jihad during the holy month — which ends July 17 — appears to have triggered attacks in Tunisia, Kuwait and France on June 26 and in Egypt on July 1.

In the Nigerian town of Jos, a restaurant and a mosque were targeted July 5, killing 44 civilians. Both attacks were allegedly carried out by terrorist group Boko Haram, whose leader, Abubakar Shekau, has pledged allegiance to IS. And in Syria, IS fighters infiltrated the border town of Kobani, battling Kurdish forces and killing dozens of civilians, including children.

IS has also released several gruesome execution videos this Ramadan. In the ancient city of Palmyra, Syria, 25 regime soldiers were shot dead by young IS militants, possibly in their early teens, shortly after the group captured the city May 21.

Another video shows the killing of two Syrian activists in Raqqa. They are believed to have been killed a few weeks ago. The video, released July 5, shows the two young men in orange jumpsuits undergoing an interrogation where they “confess” to their alleged media activities before they are tied to trees and shot in the head by masked militants.

It isn’t the first time that IS has made major moves during the holy month. During Ramadan 2013, the group raided the Abu Ghraib prison near Baghdad. Many of the hundreds of prisoners who escaped during the raid have joined IS since, and many are now serving in key positions, such as Abu Waheeb who became the leader of the IS forces in Anbar province in Iraq.

On June 19, 2014, on the first day of Ramadan, IS leader Abu Bakr al-Baghdadi made his first public appearance by declaring the caliphate, after Mosul was captured.

On July 4, Baghdadi said, “The arrival of the month of Ramadan is a great blessing and grace granted by Allah. It is a month in which the marketplace of jihad opens. In this month, the Prophet Muhammad would prepare the brigades, and would mobilize the armies, to fight the enemies of Allah and to wage jihad against the polytheists. So seize this blessed month to perform acts of obedience to Allah, for your reward is doubled in this month.”

Baghdadi alludes to the history of Islam, which has seen Muslims winning many important battles during Ramadan. The first and the most famous of these battles was the Battle of Badr in 624, a key battle in the early days of Islam between the supporters of the Prophet Muhammad and his opponents of the Quraysh tribe.

A more recent example is the Yom Kippur War, or Ramadan War, against Israel, which took place in 1973 and was led by Egypt and Syria.

On social media, supporters of extremist groups often refer to these historical facts to justify their fight against the infidels and apostates. “So, these glimpses of Muslims who came before us show that they treated Ramadan as a month to revive the concept of al-Wala wal-Baraa [love and hatred for the sake of God],” as written on a pro-IS website. The anonymous author also added a list of battles fought during Ramadan by Muslims.

However, jihad is not the only IS activity during Ramadan. On June 19, IS released images of IS members handing out food and money to the poor living under its rule in Mosul, a feat the group proudly shared on the Internet. The group also makes no secret of its imposition of its strict version of Islamic law through violence. In Syria, violators are tied to awooden cross in public if they break their fast, according to the Syrian Observatory for Human Rights.

IS militants, their affiliates and followers believe that those who gain martyrdom during the month of Ramadan are doubly rewarded in paradise. They also believe that divine help is on their side, as the Prophet Muhammad said, “When Ramadan begins, the gates of paradise are opened, and the gates of hell are closed, and the devils are chained up.”

IS members and supporters also glorify those who fought on behalf of the so-called caliphate. On the first day of Ramadan, a young Dutch woman in an IS-controlled area writes on her Facebook page that she is happy that the holy month has begun, because it’s a “wonderful month with jihad in all areas.”

“The caliphate survived one year already because of the sacrifices our brothers made, and the ones who still continue to fight for Allah’s cause,” she writes in Dutch. “May Allah accept them and favor all of us with a beautiful death.” 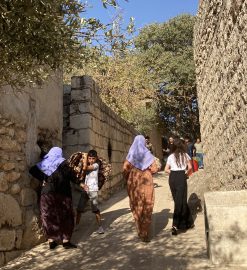 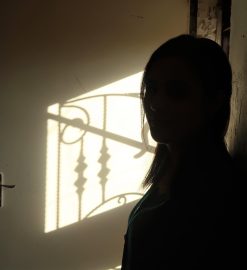