‘A joint struggle’ in Palestine with no ending

BIL’IN, WEST BANK -In the West Bank, protests against the separation wall and the Israeli occupation show no sign of abating, despite the human cost.

Young Palestinian boys wearing scarves around their faces, older men holding flags and even Israeli leftists from all different ages walked towards the construction of the West Bank barrier. They looked determined to get closer to the wall, but it only took the Israeli forces a few minutes to react. The first tear-gas grenade was fired in the air and landed next to an olive tree. Some protesters were gasping for air and others tried to give each other napkins with perfume or alcohol.

“Run, run, run! They might land on your head!,” a Palestinian man screamed
at the other demonstrators, as fresh tear-gas grenades were fired and filled up the sky with thick white smoke. A young Palestinian boy threw a stone at the Israeli soldiers on top of the barrier, but most of the protesters were heading to the other side in order to stay safe.

In Bil’in, a small village 12 kilometres from the city of Ramallah in the West Bank, protesters gather every week after Friday prayers. Since January 2005, the village has been organising weekly protests against the separation wall and the occupation, which often result in violent clashes between the Israeli forces and the Palestinian and Israeli activists.

But for Sabiha Abu Ramah (59) the protests resulted in an even more dramatic ending when her son was killed on 17 April 2009. Bassem, a protest leader, died after being struck by a tear-gas canister fired by the IDF. And on 31 December 2011, her daughter Jawaher died after inhaling a large amount of tear gas.

“Israel made it pretty clear that they don’t want peace. Never,” she told Middle East Eye, adding that her kids are still being missed by the villagers.

In front of the local mosque Sabiha saw Bassem for the last time, right after Friday prayers. After that, he went to the protest, where he was killed by a tear-gas grenade which hit his chest. Sabiha still has the remains of the canister so that she can show the world what the Israeli forces did to her son.

“No, he wasn’t throwing stones or anything. He was a peaceful activist. A simple man who liked to help everybody in this village,” she explained. “We don’t want Israel taking our land, we don’t want to live under occupation. We [Palestinians] just want to be free.”

That her daughter, a 35-year-old woman, also died as a result of a tear-gas attack is still hard for her to accept. Jawaher is believed to have died because of tear-gas inhalation in 2011 after a canister landed when she was on her way to her cousin’s house. However, members of the IDF claimed there was no evidence Jawaher participated in the protest, or that tear gas had killed her, and stated that there were irregularities in the Palestinian Authority’s medical report into her death.

Over the years, Bil’in has become a symbol of Palestinian protests against Israel’s policies regarding the West Bank. Although it doesn’t attract as many participants as it did in the first couple of years, there still are a lot of activists who join the protest to “continue the joined struggle”. Anat Sagy, an activist from Jaffa, is one of them.

“When he was still a baby, my grandfather from the Netherlands was saved by the resistance movement during the second world war. People used to say that the second generation of Holocaust survivors are more outspoken and critical than the first generation. I believe that’s about right,” Anat told Middle East Eye while holding a tissue with alcohol to her face to repel the smell of the tear gas.

A few years ago, her Arab boyfriend got injured during one of the protests in Bil’in. Israeli soldiers started firing bullets and hit him in the head. Ever since, Anat is a little more cautious about attending protests. And if she does, she makes sure not to walk in front of the separation fence anymore.

“But I will always attend. By participating at least I cannot say that I did not know what happens in my country,” she added.

The protest hardly took an hour, as Israeli forces started firing tear-gas grenades immediately in order to push the protesters back. Young boys from the area sometimes throw stones towards the soldiers on the barrier, but they hardly hit any soldiers.

The path of resistance

According to the Popular Struggle Coordination Committee (PSCC) in Bil’in, around 1,500 people were injured and 200 were arrested since the first protest in 2005, when the wall was being placed by Israel in order to build settlements in the Palestinian territory.

After the tear gas air is gone, Sabiha decided to go outside to visit Bassem’s grave, like she does almost every day since his death. At the same spot where he was killed and buried, there is a memorial garden where flowers are planted inside empty tear-gas canisters. The residents of Bil’in collect them every week.

Sabiha kissed the grave of her beloved son. A tear rolled down her cheek. She wiped it away, looked at his picture on the grave for a few seconds and then smiled tenderly.

“Despite the grief, I feel strong,” she said. “Both of my children died for a greater cause: the Palestinian resistance. One day we will be free.’’

In addition to commemorate the families’ losses, the plants are also being potted to mark the land the villagers were able to reclaim after they won a court case and the wall was rerouted. Before Israel took 223 acres – which resulted in one Palestinian farmer unable to reach their land anymore- and after the court decision, Palestine got 140 acres of farmland back.

“Still, there are over 50 families that cannot get their land back. So we will continue protesting until the wall is removed. It wasn’t built for ‘security reasons’, as the occupiers say, but to confiscate our territory,” Abdallah Abu Rahmah, a human rights defender and family member of the two killed protesters, told Middle East Eye.

He always warns protesters who want to participate that they might end up in jail for doing so. Abu Rahman was arrested four times by the Israeli forces. The last time he spent one and a half years in jail for protesting.

“I am still wanted by the Israeli forces, but I will continue until Palestine is free,” he concluded. 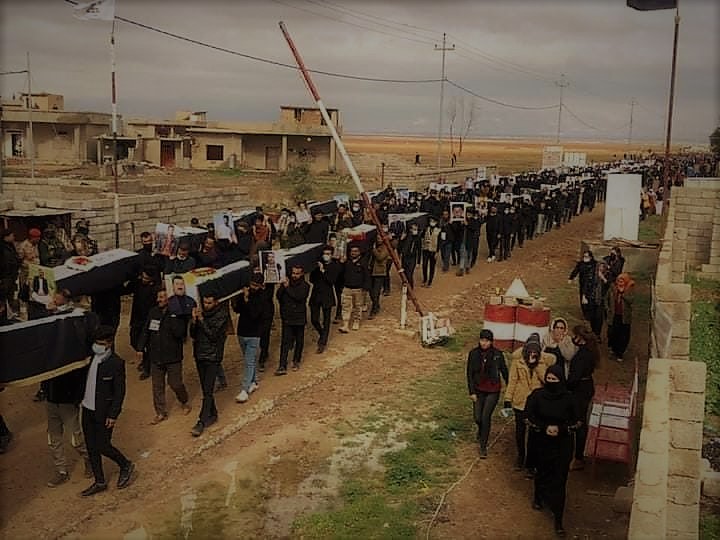 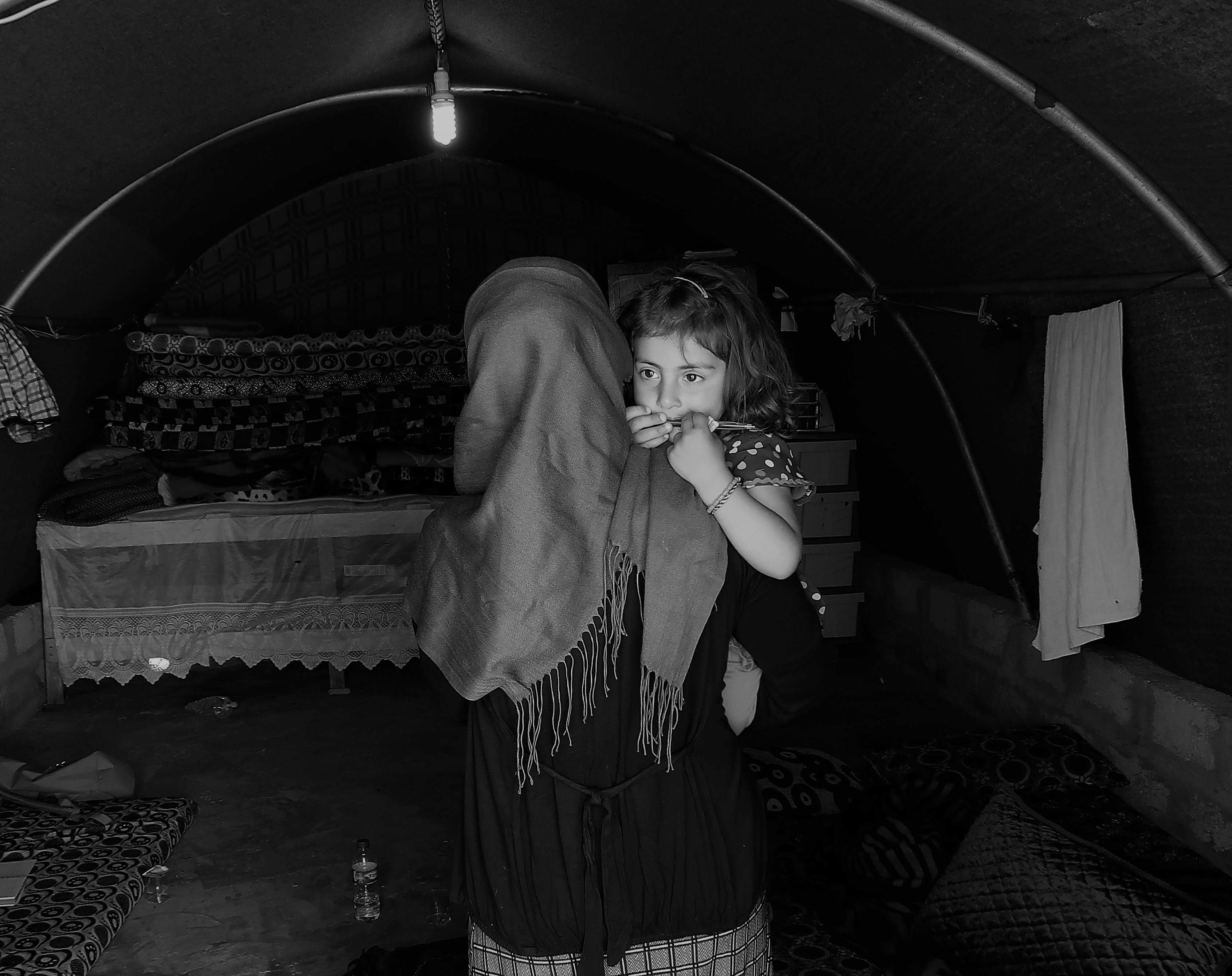 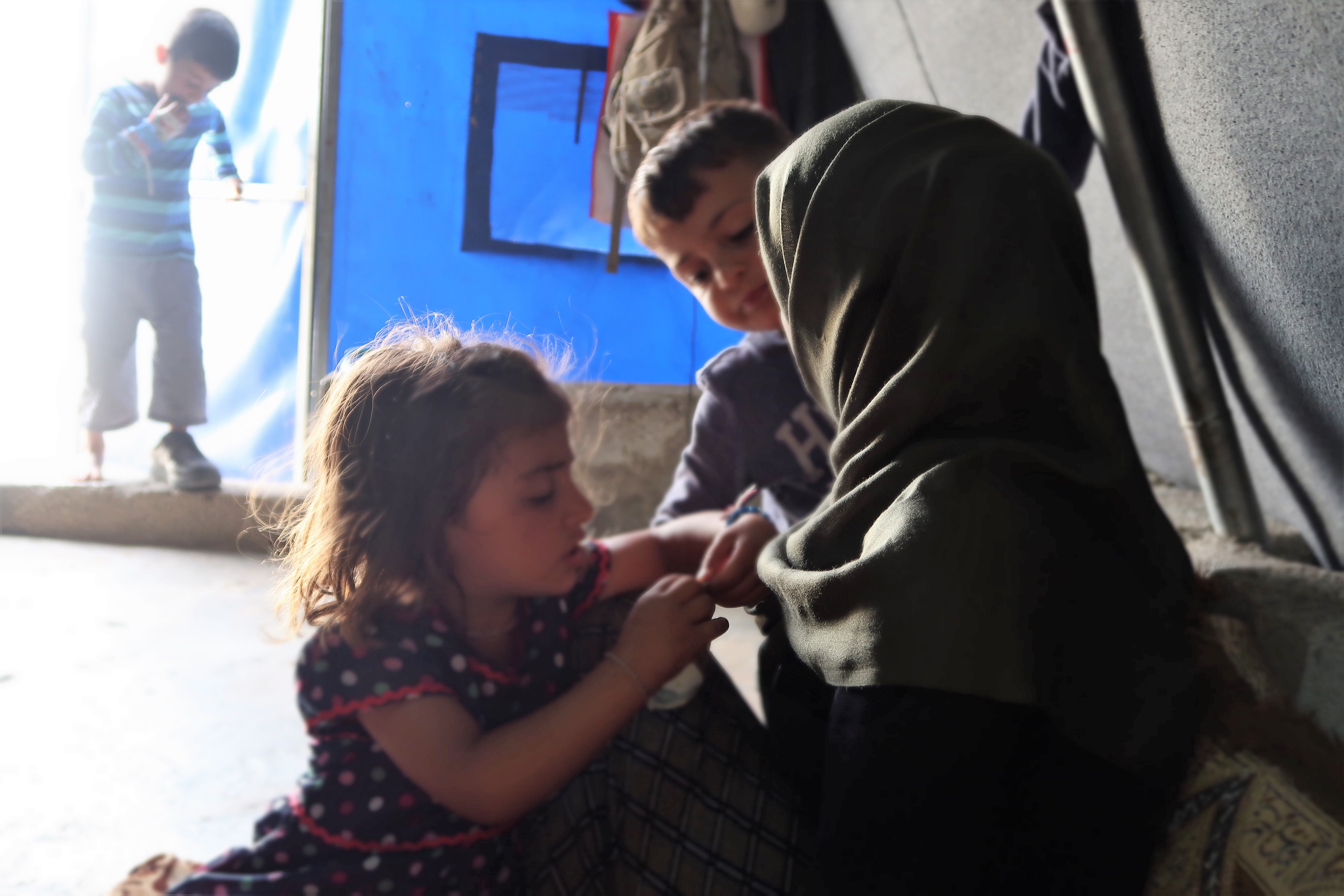